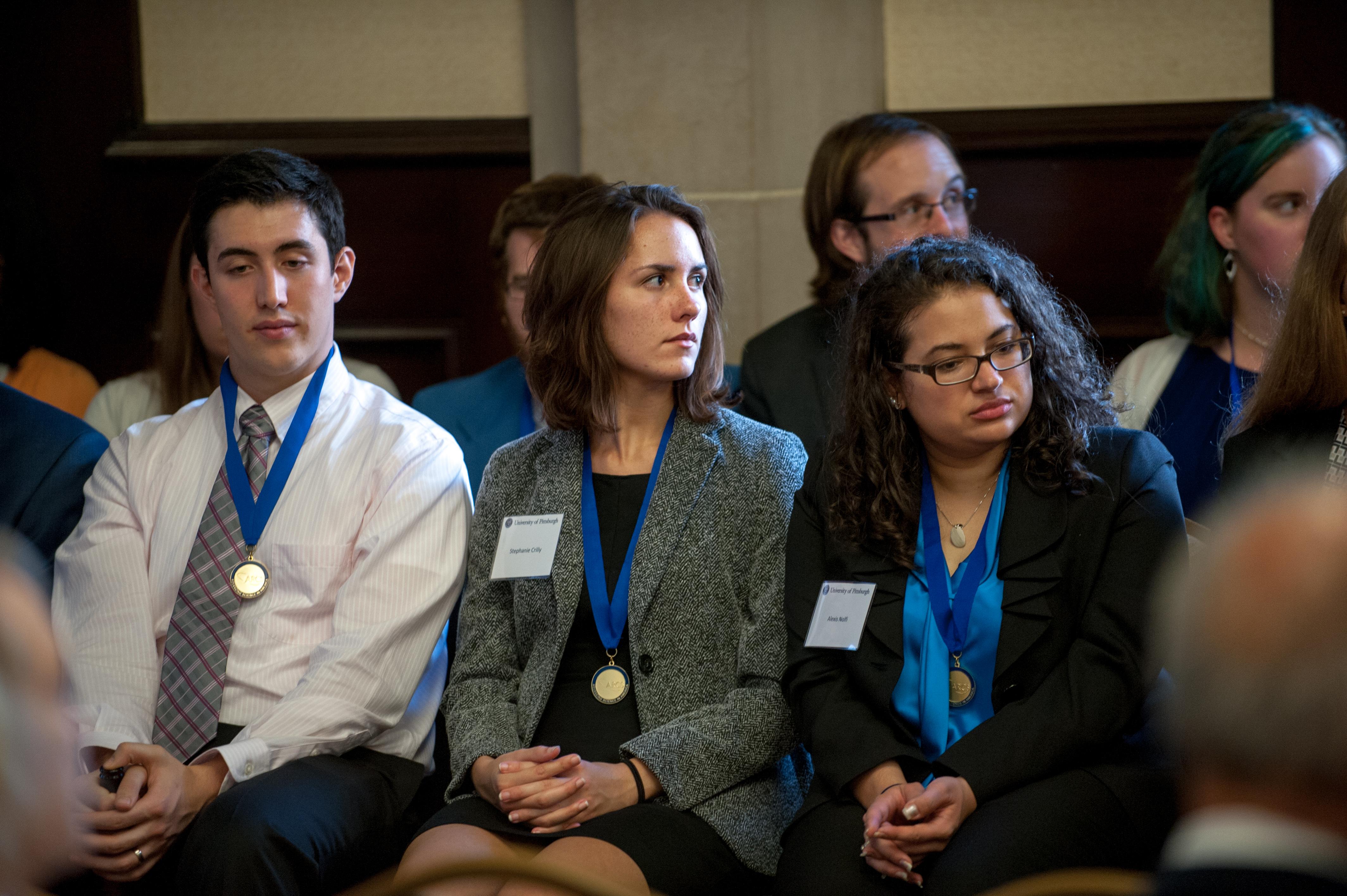 The University of Pittsburgh hosted the 2015 Donor Reception at the University Club on September 22. Kellie Anderson, Executive Director, Central Development, Medical and Health Sciences Foundation, University of Pittsburgh welcomed all. Dr. Alberta Sbragia, Vice Provost for Graduate Studies, spoke about the collaboration between Pitt and our ARCS Pittsburgh Chapter and the importance of private funding for research with the reduction in funding from public sources such as NIH and NSF. The scholars then introduced themselves and gave brief descriptions of their research. Third year scholars, Joseph Tassarotti of the Computer Science Department, Carnegie Mellon University, and Michelle Guaragno of the Department of Bioengineering, University of Pittsburgh, spoke eloquently about the importance of ARCS funding to assist scholars in their research.