Social networks can be a phenomenal tool to stay connected with friends, family, and peers, but have you considered its growing importance to major world problems? ARCS Pittsburgh Scholar Tom Magelinski, PhD candidate at Carnegie Mellon University, has and he hopes to adapt existing tools of network science to gain insights into human behavior and provide assistance with societal issues. “I discovered network science in my senior year and realized that it was applicable to major problems in the world like disaster relief, fake news, and healthcare,” said Magelinski. “Finally, I found the societal computing program at CMU and my advisor, Prof. Kathleen Carley. It was a perfect fit.”

Network scientists build tools and algorithms to analyze the complex systems that comprise networks. These systems, which are now part of our everyday lives, consist of nodes (parts of the system) and connections (links). In a social network, the nodes represent people and the links represent their relationships. How these networks change over time is called network dynamics — and here is where Magelinski shines. “Almost all work in network science up until this point assumes that connections are not changing over time,” Magelinski stated. “In most situations, connections are constantly changing. For example, just as we make new connections in our brain when we learn, we also make new friends when we move to new cities.”

Like many of our ARCS Scholars, Magelinski’s research could have a major impact on his field. Recently, he has been using dynamic networks to answer questions from political science; specifically, he is analyzing the Ukrainian government and constructing networks from social media and voting data. “Through these methods we have already shown we can use dynamic networks to detect when major disruptions in the government will occur. Now we’re working toward predicting these changes before they occur,” said Magelinski. “In general, assessments of state stability are extremely important in informing foreign and domestic policies; tools like these may provide insight into those decisions.”

His work is poised to have a major impact on the world we live in. Tom acknowledges that it would be even harder to do his research without the ARCS Scholar Award. “The ARCS award has had a huge positive impact for my studies,” said Magelinski. “A PhD program can be stressful, and financial worry puts even more strain on many students. With the ARCS award, I can really just focus on my work. The scholar award from ARCS has improved my quality of life, increased my productivity, and made the transition to graduate school a lot easier.”

Help fund scholars like Tom who are changing the world with their passion for science with a donation to ARCS Foundation. 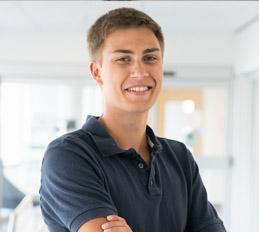