Sam Foley recently finished his third year as an ARCS Scholar at Carnegie Mellon University in the Physics Department, where he continues to study biological physics, specifically the soft condensed matter of lipid membranes. The lipids in these membranes form the foundation of our cells.

“Physics is a beautiful thing,” Sam said. “When I was young, it was like a wild dream for me. I grew up reading Stephen Hawking and Carl Sagan, and I thought only those genius people could understand it.  But after I aced an electromagnetism exam in college, I knew that physics was the path I wanted to go down.”

Sam came to CMU from Penn State University, where he had earned a tuition-paying fellowship by his senior year. He grew up in a small town near Philadelphia where his parents and girlfriend still live. He could return occasionally to see them because of his ARCS award, he said, adding, “That award gave me peace of mind in a time of life when stress was everywhere.”Sam has submitted a paper to the prestigious Journal of Chemical Theory and Computation, describing his group’s particular model of simulating asymmetric membranes, important because our bodies’ membranes are asymmetrical. “Before any practical application,” Sam explains, “before any drug design or therapy, you have to understand the basic building blocks of what you’re working on. That basic understanding informs everything that builds on it.”

Peering into his future, Sam says, “I’d like to stay in academia. Maybe it’s another wild dream, but I’d like to be a physics professor someday. 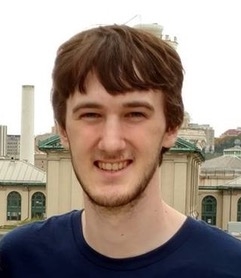