Mind over matter—a phrase meant to draw out mental fortitude in a time of physical exhaustion. For University of Pittsburgh ARCS® Scholar Christopher Hughes, this phrase takes on new meaning as he works with a quadriplegic patient to use his brain to move a robotic arm from a few feet away.

Hughes, a third-year Pittsburgh Chapter Scholar, is working on the human brain-computer interface (BCI) project studying intracortical micro stimulation (ICMS) for the restoration of tactile perception.  His project team was recently featured in the New Yorker where their work to restore movement by implanting a microelectrode array in a human brain is described.

Currently, he focuses on using biomimetic pulse trains to improve naturalness of sensory perception in his patients. Hughes’ work creates an environment for the electrical stimulation to more closely mimic normal neural activity. These pulses give his participants a chance to get back a sense of physical freedom and purpose.

“Some of our participants feel as if their life was taken from them,” Hughes said. “Participating in research studies like this helps give them purpose and goals to help others.” He will travel to Japan in April to present findings from this project to several hundred attendees at the Neural Control of Movement Conference.

A first generation college student, Hughes says the ARCS Scholar award helped him set aside financial worries and put more focus and thought into his research. The California native says ARCS has enabled him to find community in a place far from home. “Beyond the financial component, I have really appreciated my donors and I have established relationships with them that would have never existed had it not been for ARCS,” he said. "I left all of my family behind to study here in Pittsburgh. But my ARCS donors have made me feel like I have family here.”

Help fund scholars like Chris who are changing lives with their passion for science and make a donation to the ARCS Foundation. 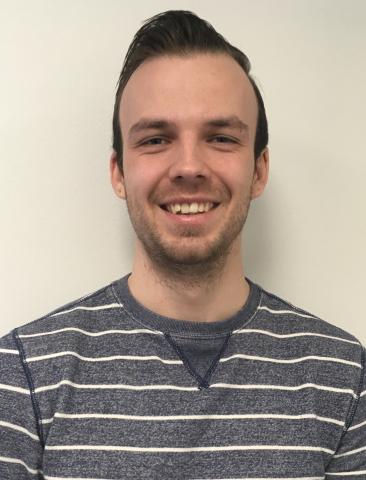