Hi all, I have been speaking to many of the members here for the past 3 years at these various events and I am happy to speak to you all today. I work in Dr. Bryan Brown's lab at the University of Pittsburgh, but my career here did not start there. I worked with Dr. Yadong Wang in vascular research, but, when he was offered a position at Cornell, it was ARCS that convinced me to remain here to continue my work with Dr. Brown instead. I now work in peripheral nerve regeneration with a focus on the immune system and aging. What we know right now is that immune cells play both a first responder role and a reconstructive role. Imagine if first responders to a disaster are these immune cells doing their function to stabilize a situation and save any participants that can be saved. Well, these first responders aren't always needed as such! They receive signals to instead become what I would equate to a construction crew. Now that the injury has been contained, these cells rebuild the surrounding tissue and facilitate the cells to repair themselves. However, with age this process begins to break down and the first responders stay as such. Without any more pathogens and debris to remove, they accidentally damage tissue because they see a constant problem where there is not one without the proper signals to stop responding. My research aims to take advantage of this mechanism to re-establish those signals in nerve tissue in order to enhance its lacking ability to regenerate.

ARCS has allowed me to both pursue this research with greater resources as well as a resource of meeting a diverse audience and even people that my research could directly benefit. With both the resources that this organization has offered me as well as personal connections that have increased my ability to communicate my research to a diverse audience as well as gain perspective from that same audience. I appreciate the monetary resources, trust, and friendships that I have been able to develop thanks to this group. 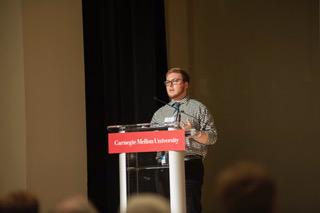