From Rural Iowa to High-Tech Pittsburgh 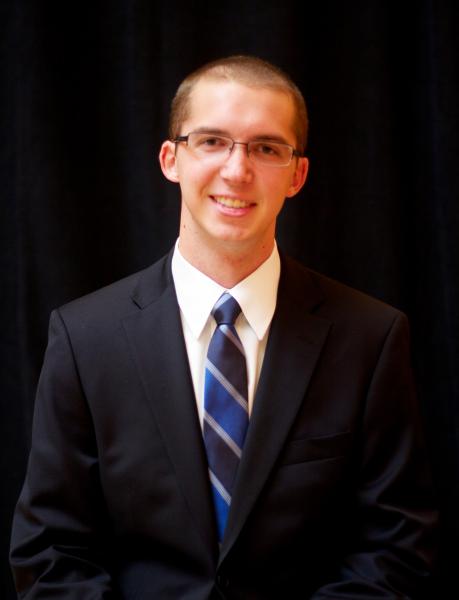 Born in rural Iowa, in a town of 5,000 people in the southwest, Peter Lund now finds himself a CMU doctoral student and third year ARCS scholar working in neuroscience.   “In general,” Peter says, “my work involves brain-computer interfaces.  For example, in a quadriplegic person, brain control may be intact but the spinal cord severed, so the neural pathways telling limbs how to move have been interrupted.  Our goal is to redirect information from the brain into a robotic arm or leg, enabling the quadriplegic person to re-gain movement.”
Peter entered the neurosciences from “general compassion,” he says, not from direct experience.  “Neural pathways are fascinating problems to work on,” he explains.  “Pittsburgh is also a fantastic place for neuroscience research.”  Two research arms power Peter’s work.  First, he works with monkeys and computer cursors in the University of Pittsburgh’s monkey lab at the University of Pittsburgh, under Professor Aaron Battista.   It turns out that computer cursors are easy for monkeys to learn how to use.   But from the many choices available to them, the monkeys usually choose one or two ways to make the cursor move straight up.  So why do they consistently use such a narrow range of possibilities?
Often, Peter and his team are trying to answer these questions after the fact.  Monkey time is limited.  So the second part of Peter’s work involves experiments already completed by others.  Some researchers think the monkey’s neurons have minimized their activity because activity is energetically expensive:  the monkey wants to be as inactive as possible.  But Peter and other CMU-Pitt researchers don’t think so.  Why then do monkeys ignore numerous other ways to move the cursor?  “Right now,” Peter says, “most of my time is spent coding analyses of this data on the computer.  It’s not trivial to make sense of it all.  I make predictive data sets and analyze them.  Exactly how can we get the monkey to move the cursor in different directions?  Such basic research into the brain’s motor control system has ramifications beyond what researchers can now even imagine.   “If I get a PhD and stay in academia,” says Peter, “it will be to continue neuroscience like this.  If I go into industry, it will be for this kind of data analysis – what they call Big Data, or machine learning.   “When I was studying math as an undergraduate at Pitt,” he continues, “I did not envision that I would be where I am now.   Now, I’m not exactly sure where I’ll be in the future, either.”
One thing Peter knows for sure:  he is grateful for ARCS support.  “It’s tough to live as a graduate student, since you don’t get much money from other sources.  It’s enabled me to develop some stress-relievers, like rock climbing and photography.”  He also can visit his girlfriend, a lab technician in South Carolina, not always easy on a limited income.  And he can photograph Pittsburgh -- from the flowers in Phipps Conservatory to scenes in various local neighborhoods and parks.  “I like Pittsburgh,” he says.